InTAcT Open Data Toolkit
Intact Website
CSP Website
Primary version
Welcome Page
Contents Page
What is open data?
Where did this "Open Data" come from?
What's happening in open data around the world?
I'm a standards geek...
Why should we Open Data?
What are the reasons not to open up public data?
What is responsible data practise?
tl;dr Lets just open some data!
Credits
Powered by GitBook

Where did this "Open Data" come from?

Well, that is a complicated question. When Tim Berners-Lee invented the World Wide Web, he created it as open source technology. The current information age was largely enable by the open web, which became a fairly democratic platform (for those that has internet access) for anyone to publish, share or sell anything. With the rise of global communities online, which included governments, citizens and civil society, corporates and internet startups, academia, and media, data began to be created, connected and stored online at an exponential scale. Wikipedia was launched in 2001, and broke ground as an online source of open knowledge.

In South Africa, the open data movement was initiated by civil society and can be tracked to 2011, which saw the Open Data and Democracy Initiative (ODADI) form, and the Coding for Democracy Hackathon. The first Open Data Now! Unconference was held in 2014, driven by Code for South Africa (now called OpenUp) and Creative Commons South Africa.

As mentioned above, open data is not necessarily a new concept to South African cities. As a start, many of the country’s metros share information and data both digitally through municipal websites, and physically through engagement with citizens and service centres. Open Data interest groups have been meeting and engaging with local government in Cape Town, Gauteng and Durban. Cape Town launched its open data policy and open data portal in 2014. eThekwini started an Open Data Policy drafting process in 2015, and has shared a lot of open data on its website. Ekurhuleni initiated an Open Data Portal, also in 2015.

Nationally, Open Government Partnership (OGP) commitments and generally a desire to provide transparency tools by national departments such as National Treasury, the Department of Environmental Affairs, the Department of Water and Sanitation, and Department of Public Service and Administration, led to the initiation open data projects. Some outcomes of these projects have been (amongst others):

Since these processes started, there have been further developments within these departments and initiatives, as well as a lot of other government bodies and agencies. Within the city perspective, South African Local Government Association (SALGA) Municipal Barometer and the South African Cities Network SA Cities Open Data Portal (SCODA) and others have started to engage with open data and build open data resources for South African municipalities.

Globally, within governance and policy, opening access to information and data has been seen as a critical tool in driving transparency and accountability, and an indicator of this is the formation of the Open Government Partnership (OGP) in 2011, which now has over 70 country signatories and of which South Africa was a founding member and the co-chair in 2015/16. The National ICT White Paper (2016) provides, within its objectives, support for open data, as well as laying out some guidelines and next steps for realising and using open data within governance in South Africa:

“Provide the framework for implementing Government’s commitment to open governance and open data.”

Smart Cities and ICT in Government in South Africa

The pace of ICT development and increased citizen expectations has resulted in a global trend for cities to deliver open data, but often without clear policy guidelines. As the concept of smart cities has gained prominence, it has been widely accepted that a fundamental pillar of smart cities is open data. In fact, open data is often the starting point that fuels smart city innovations and solutions and has opened up exciting and innovative new options for cities and their citizens. Within the private sector, the intersection of smart cities and related concepts (smart transport, smart energy) and big data, as well as other advances in technology, such as machine learning, artificial intelligence, blockchain, cyber security, to name a few, have seen corporates such as IBM, Microsoft, Eriksson, and others develop platforms to sell to cities to make them ‘smart’.

This has also led to some cities being “vendor-captured”, where they adopt a lot of 'free' assistance and technology from a large technology corporate and end up being 'locked-in' to that service provider thereafter.

Vendor lock-in: when a commercial service provider, in this case a technology company, implements a solution that in effect erodes any internal capacity or agency within local government and results in the costs of exiting that technology solution so high that the city is forced to continue buying its services.

As a result of advancements of technology, including the proliferation of cell phones, social media and blogging, it is getting to the stage that nearly every resident in a city has access to platforms where they can share opinion and engage in topics that matter to them, and often these involve public services and interaction with local government. Because there has not been a coordinated effort to share open and accurate information to residents, and probably due to the level of misinformation that gets pushed out, as well as a challenged and struggling media industry, has meant that often information available to residents, as well as interactions between citizens and communities and local government, is negative and/or compromised and/or working off distorted information. Municipalities could reduce negative and distorted perceptions by providing reliable open data and at the same time stimulate interest and demand, activating citizen participation with good, reliable, user friendly data.

Given this policy and governance momentum, technical and technological momentum, and rise of connection of people and communities and the agency that this connection provides, it is critical that South African metros engage with open data and concepts of openness, and develop an approach that is proactive and builds a constructive platform to realise inclusive and liveable cities that are able to respond to resident needs and efficiently address backlogs in service delivery, and be able to effectively communicate what they are doing in a way that builds trust and accountability with those residents.

Previous
What is open data?
Next
What's happening in open data around the world? 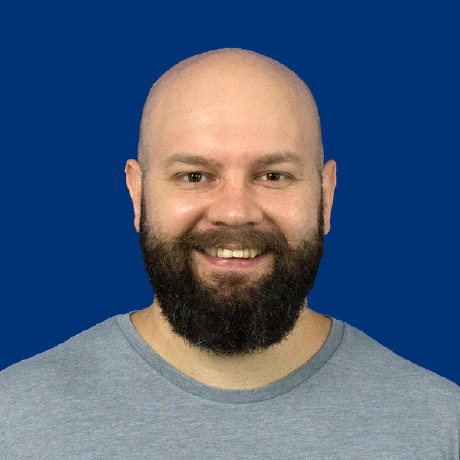